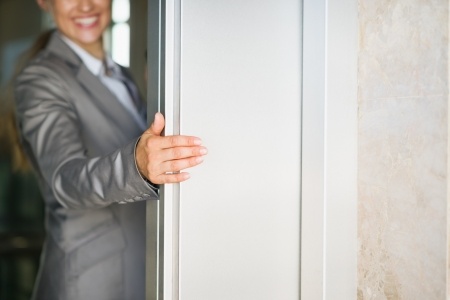 What actually is a “Random Nice Deed”? Simply defined, it’s anything (big or small) that you do that makes somebody else smile and/or say thank you (and it’s even better when it’s unexpected).   Think of the last few days for a minute. During this period, do you recall either a time(s) when you went out of your way to do something nice for another and/or do you recall a time(s) when perhaps you could have done something nice? And, can you remember a time when somebody unexpectedly went out of his / her way for you? Whether or not you did ‘a random nice thing’ in the last few days or were a recipient of a nice deed, know that the impact is larger than you might expect. It’s one of those extremely simple things that has a disproportionately large impact because it takes so little effort to do it. Read on and I’ll explain why it’s Smarter Sooner to be conscious of this and do it as much as possible.

First, think of how you feel when you are the recipient of a nice deed, act of kindness or generosity (especially if it was unexpected and from a stranger). Even if it’s a very small act of kindness (like when somebody holds an elevator door for you or, when driving, pauses to make space for you to turn during a rush hour commute), it immediately generates positive energy. It makes you smile and you immediately have an appreciation / fondness for the person who did the nice deed.  And after the event, you are slightly more uplifted, even though the event was so trite / small in the scheme of things. And because that ‘small, nice deed’ happened, it just might elevate your mood slightly and make you feel more compelled to behave similarly when you on the road, in an elevator or literally anywhere you’re interacting with people.   Random nice acts can happen anywhere in a million different scenarios. When there is an opportunity to be nice, you’ll notice it.

Now, think of the aggregate affect of the above scenario whereby thousands of people experience a similar uplifting positive experiences. If that was the case, don’t you think peoples’ moods would generally be better? And, somehow, doing a nice deed (even a really small one) makes you feel better. It’s actually really gratifying to be the one doing the nice deed. As I’ve gotten older, I’ve noticed more and more how I really like seeing peoples’ positive reactions, smiles and sense of appreciation. (This is one of those things that produces a disproportionately large benefit relative to the input, something I’ve written about in other blogs including this one: https://smartersooner.com/2015/11/30/be-kind-to-seniors-it-pays-off/ )

As such, it’s actually rewarding to me to be the one doing ‘random nice things’ for others whenever possible – even if it requires me going out of my way a bit and even if there’s no ‘tangible’ reward. Doing nice deeds with no strings attached is a Smarter Sooner strategy for living well. Try it and see what you think. Notice how it makes your mood change and how it makes others smile.

One thought on “One Nice Deed a Day”