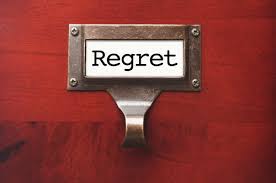 As I reflect on my college and high school years, I regret not doing three important things: 1) taking a semester or more abroad, 2) focusing on learning a second language, and 3) participating in some sort of drama or acting program. Here’s why and some things to think about to help you avoid regrets like these:

Whether in high school or college, there were lots of options for study abroad programs. Some were in the summer and some during the year with various options for school / college credits. In the normal course of school / college, we all typically come across options like this. The abroad study programs don’t have to be exotic and can be very accessible and reasonable in price / logistics. The one thing they all have in common is that they provide you access to totally new people, culture and typically language as well – all amazing and important things. I had multiple options to go abroad both in high school and college (I was lucky). BUT, I never took advantage of any of the programs. I did notice that friends who went LOVED the programs and talked about them constantly. It didn’t occur to me until much later that I made a big mistake not doing one of these programs. I realize now how enriching it would be have, how much it would have broadened my thinking and repertoire and how the experience would likely have influenced me for the better (in the short and long term). I regret this.

It doesn’t take much to realize that a second language is super valuable for anybody in today’s day and age – for work, social reasons, travel and more. In school, similar to most people, I had opportunities to learn Spanish while living in Florida. The teachers tried hard but most students did the bare minimum (including me) because the second language seemed so unimportant. Today, after pretty fairly extensive travel throughout Europe and Central / South America, I am acutely aware of the value of speaking Spanish (or any second language for that matter). Each time I encounter the opportunity to use Spanish, I am disappointed / frustrated thinking about how little I recall from my schooling. These days, I’m intent on re-learning and refreshing my Spanish skills, which are increasingly valuable in the United States and, obviously, for traveling. The ability to speak another language immediately connects you with people from other cultures in a much more meaningful way. This has all sorts of social and professional advantages. I have worked hard to become better at Spanish and now am seeing the rewards / benefits. Had I been more fluent in Spanish earlier in life, I would have had access to much more, much earlier.   I regret this.

My final regret is not doing some sort of drama or acting in my early school or college years. I’m not talking about becoming a full-time actor, but I do think that I could have gained a lot of advantages had I had some of the skills / confidence associated with acting. Here’s why I think even the most minimal acting / drama experience would have been useful many times in the last 20 years: the ability to speak well in groups or in public is a real skill that is developed best via acting / drama. Being able to speak comfortably in front of people is a big advantage in so many capacities. Think about the last time you encountered an opportunity to speak in front of people (a toast at a wedding, answering a question or raising your hand to contribute in a large classroom, giving a presentation at work…). How did you feel? Were you confident or fearful / anxious? Think about how impressed you have been when you’ve seen others present well in front of people (the friend who gave the memorable toast at the wedding, etc.). It’s not that hard to do… just requires a little confidence and experience – that can easily be attained from even the simplest acting (school play, whatever) when we are young. The older I get, the more I see this. I regret not having these skills and wish I had thought about this sooner.

I realize that we’re all different and have different opportunities in our lives at different times, and that not everybody will share the same experiences as me. BUT, the point of this blog is to be think about what you might regret missing earlier in life (when you still have the options). Think about why you are avoiding something and if it just might be one of the things that you regret later in life. Perhaps you agree that my three regrets are things you want to do now. Perhaps not. Whatever you do, remember that Time Flies – so focus on this type of life assessment and capitalize. Be Smarter Sooner!! I wish I was.