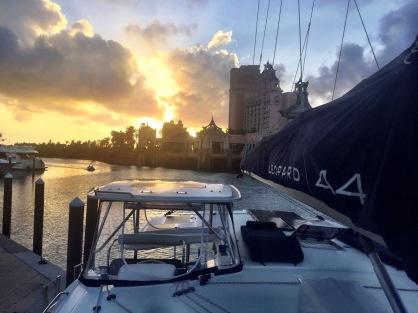 If you were given the option to retire early from your career (and could afford it), would you? This seems like a dumb question as most people would jump at the opportunity to quit work.   But, is retirement really better than a working career? After being away from work for almost 2-years now, I would argue that leaving your working career too early might be a mistake.   Now that I’m a bit Smarter Sooner, I suggest carefully contemplating work vs. retirement because it has a lot of implications, well beyond the most obvious factors: free time and money.  Here is my perspective…At first, the idea of no work felt like the start of summer vacation as a student, but even better since I had a few dollars in my pocket – how ultimately liberating! I was finally free to literally do anything I desired, and I didn’t have to worry about normal constraints of short vacations during high peak travel periods, answering to anybody, worrying about kids / family, working while away or otherwise stressing. And, with some cajoling, my wife agreed to quit her job and join me in my grand plan to start chipping away at the bucket list earlier in life.   As such, we began traveling and living life in a less structured manner. The travel was literally endless and the first 6-12 months was excellent. We did amazing things, saw cities near and far, went to beaches and even snow skied for 35+ days in one season. If we wanted to extend in one place or another, we did. The list is long, but needless to say we created some indelible memories and paid the airlines lots of money!

In between trips, my wife did contract work (her profession allows that) and I kept busy around the house. It is actually quite amazing how busy one becomes without an official work schedule. I found lots of do. And before I knew it, we embarked on another trip and this continued for several more months. But something was gnawing at me.

People who learned of our time off always seemed envious, but despite the freedom and travel, I found myself less then 100% happy. While I loved the travel when it was happening and got excited anticipating the next adventure, I was distracted. My life seemed to be missing something. After some investigation, I realized what it was. When I was working, I felt productive and accomplished – two major components of true happiness. While traveling and not working, I didn’t feel that way. My wife, on the other hand, did contract work whenever we were home, and she seemed satisfied. I realized that I am young and energetic enough to still contribute in the workplace and need to feel that I’m doing something more meaningful than just travel. Perhaps if I were 60+, I would feel differently. Or maybe, I suspect, age is irrelevant and the only thing that changes as we age is how we derive our sense of productivity.   As a grandfather, maybe I will be satisfied contributing to the lives of my children and grandchildren. Who knows… maybe that will be enough.

Because of this sense, I am now considering how to re-engage in the workplace. I’m obviously willing to forgo some flexibility and resume normal work responsibilities knowing that it will replenish my needed sense of productivity. It’s certainly a trade-off and I realize that I will miss certain aspects of my current life.

While I’ve not tested the theory, I do believe that productivity can stem from things other than traditional work: raising children, volunteering, etc. I do hope to try my hand at raising children one day but in the meantime, I’ll be back at work soon testing my theory. This blog topic will likely have a second post after I begin working again and get a sufficient productivity fix!  Who knows… the jury is still out. If I’m wrong, perhaps I’ll stop working again and chase something else… All in the process of becoming Smarter Sooner.